Breg Horemans (*1985) has graduated in 2008 as Master in Architecture (LUCA Arts, Gent, BE) and completed his postgraduate in Curating (ZHdK, Zürich, CH) in 2017. He worked between 2009 and 2012 at Wiel Arets Architects in Maastricht on several projects and competitions.

Since 2011 he started collaborations with theatre makers and artists, resulting in performance spaces and exhibitions (Villa Romana, Florence; NAK, Aachen; Black Box Theatre, Oslo; Brakke Grond, Amsterdam). From 2012 Breg works as an architect, installation artist and curator. He is also co-founder of the TAAT collective together with theatre maker Gert-Jan Stam (2012), producing and presenting installations in an offline open source proces.

From July ’17 Breg Horemans is appointed curator Architecture and Urbanism at the SCHUNCK*, a multidisciplinary institution in Heerlen (NL). 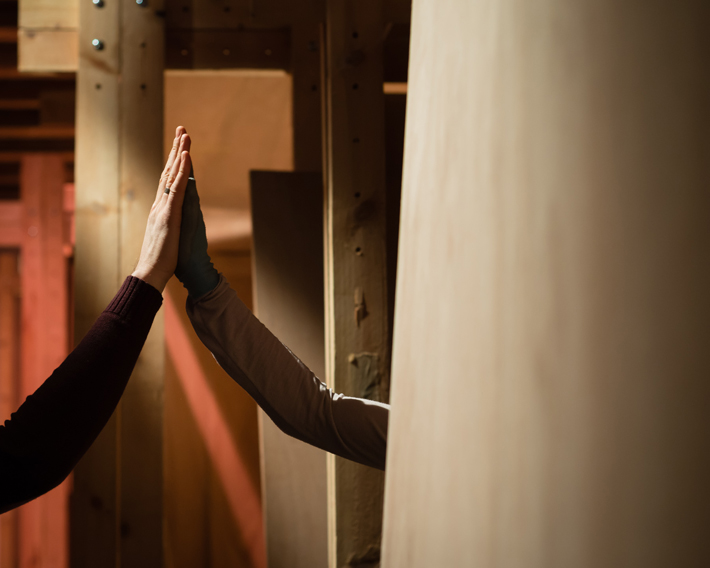