\ The owners of this city dwelling near the colorfol  Sint-Jans Square in Antwerp, had a dream when they bought the house: a high living room with big view on their little garden. The first concept sketch on the right gives an idea of the simplicity and openness of the plan, that tries to bring the garden in. The existing situation had the kitchen on the exact same position. Only the relation to the garden was closed of with two little storages and a not used toilet.

\ The first consideration was removing a group of three toilets, spread over every floor. This decision simplified the plan of the whole house, and made the view on the back facade much more harmonic.

\ A small toiletgroup and storage space as a continuation of the hallway was installed. The facade was opened up untill a height of 4.5m and a skylight was added between dining area and living room. The back aluminium sliding windows can move freely between the edges of the facade.

\ The height of the living room generated an overlap to the outer wall of the bathroom on the first floor, what made it possible to create a visual breakthrough from the shower to the garden. 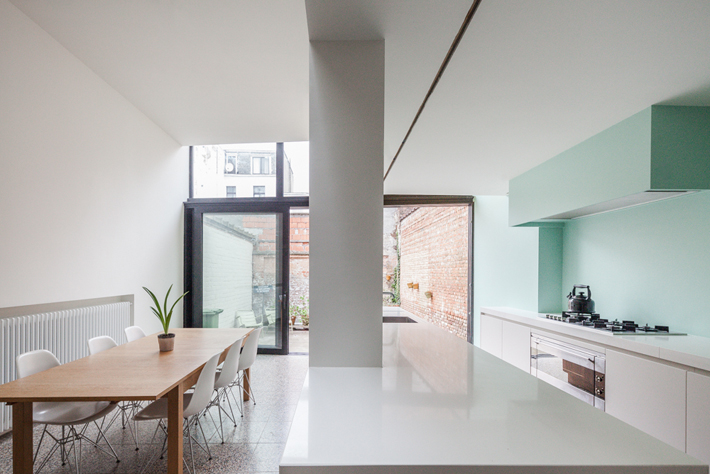 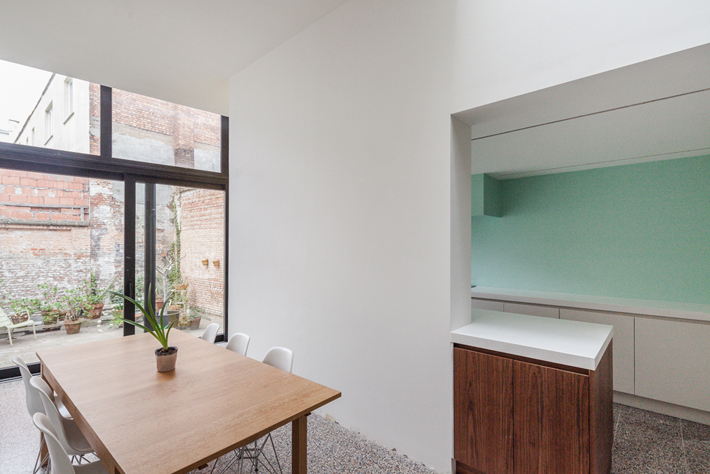 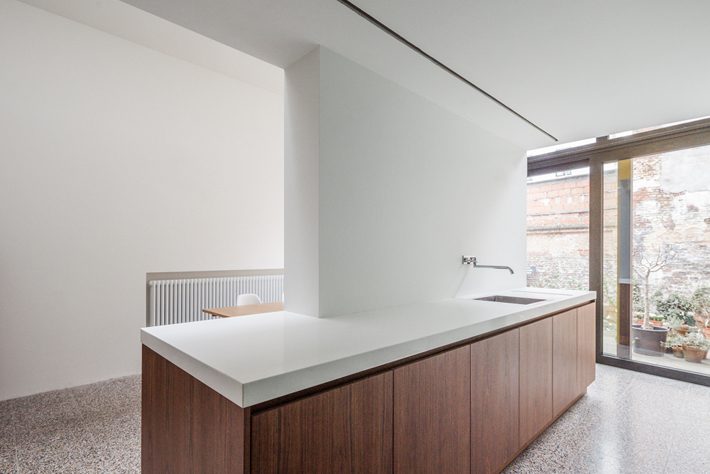 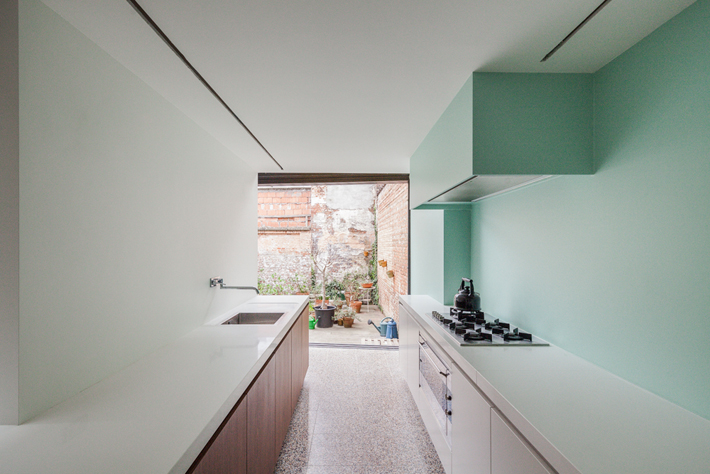 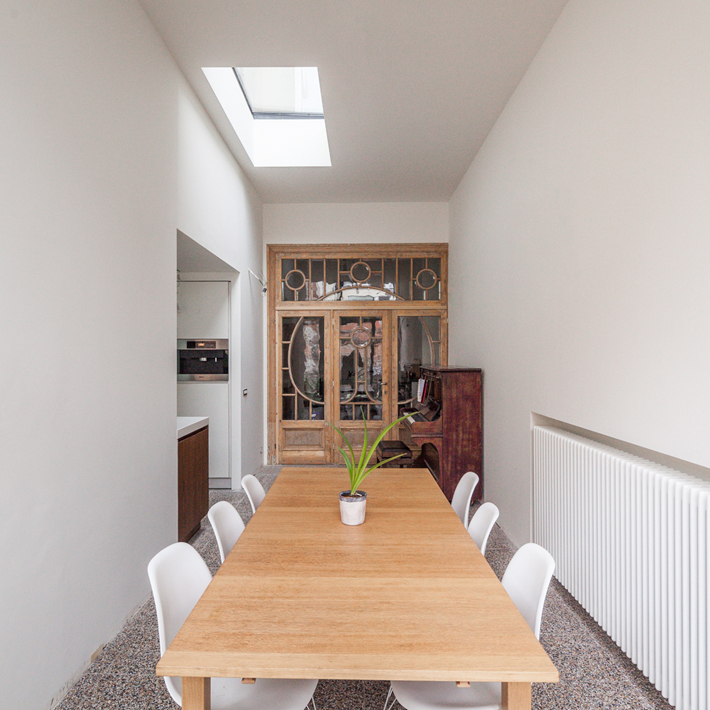 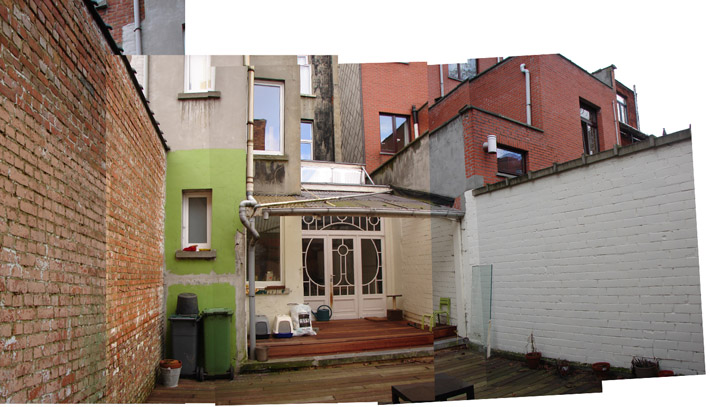